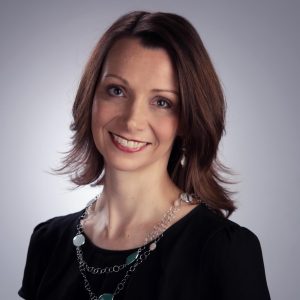 While growing up in a military family, Crystal Skelton studied ballet across the country at schools including the Virginia Ballet Company, Pacific Northwest Ballet, Dance Aspen, and School of Ballet Omaha, where she also was a Trainee with the Ballet Omaha professional company. Skelton then attended the University of Oklahoma on dance and academic scholarships where she studied under Mary Margaret Holt and received a BFA in Ballet Performance. Ms. Skelton was the recipient of the 1997 Outstanding Senior Award in the OU School of Dance. Crystal then joined the Cincinnati Ballet and performed roles including The Snow Queen in The Nutcracker, The Lilac Fairy in Sleeping Beauty, and The Captain in Lew Christensen’s Con Amore. In 2000, she joined Ballet West in Salt Lake City, but was forced to stop dancing due to injury. Since that time, she has been on the staff of the Jillana School summer workshop, was the Assistant Artistic Administrator for the USA International Ballet Competition in Jackson, the Director of Marketing and Box Office for the Mississippi Symphony Orchestra, and has taken the Stott Pilates matwork certification course. Ms. Skelton has been on the MMDA staff for nineteen years. She is also the Apprentice Teacher for MMB. In 2010, her choreography was chosen to appear on the Emerging Choreographer’s performance at the Southeast Regional Ballet Association Festival in High Point, NC.  From 2011 until 2019, Ms. Skelton served as Executive Director of MMB.